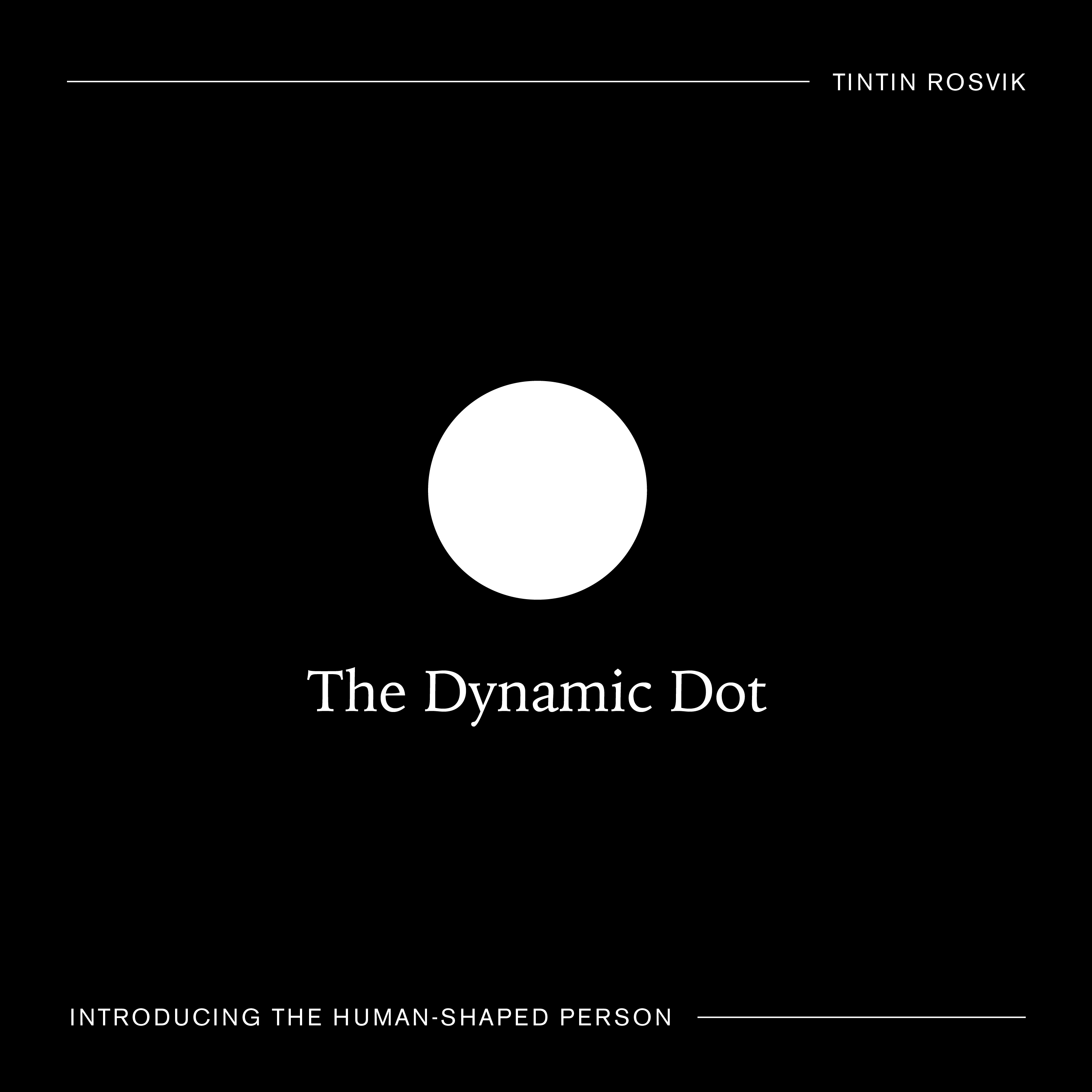 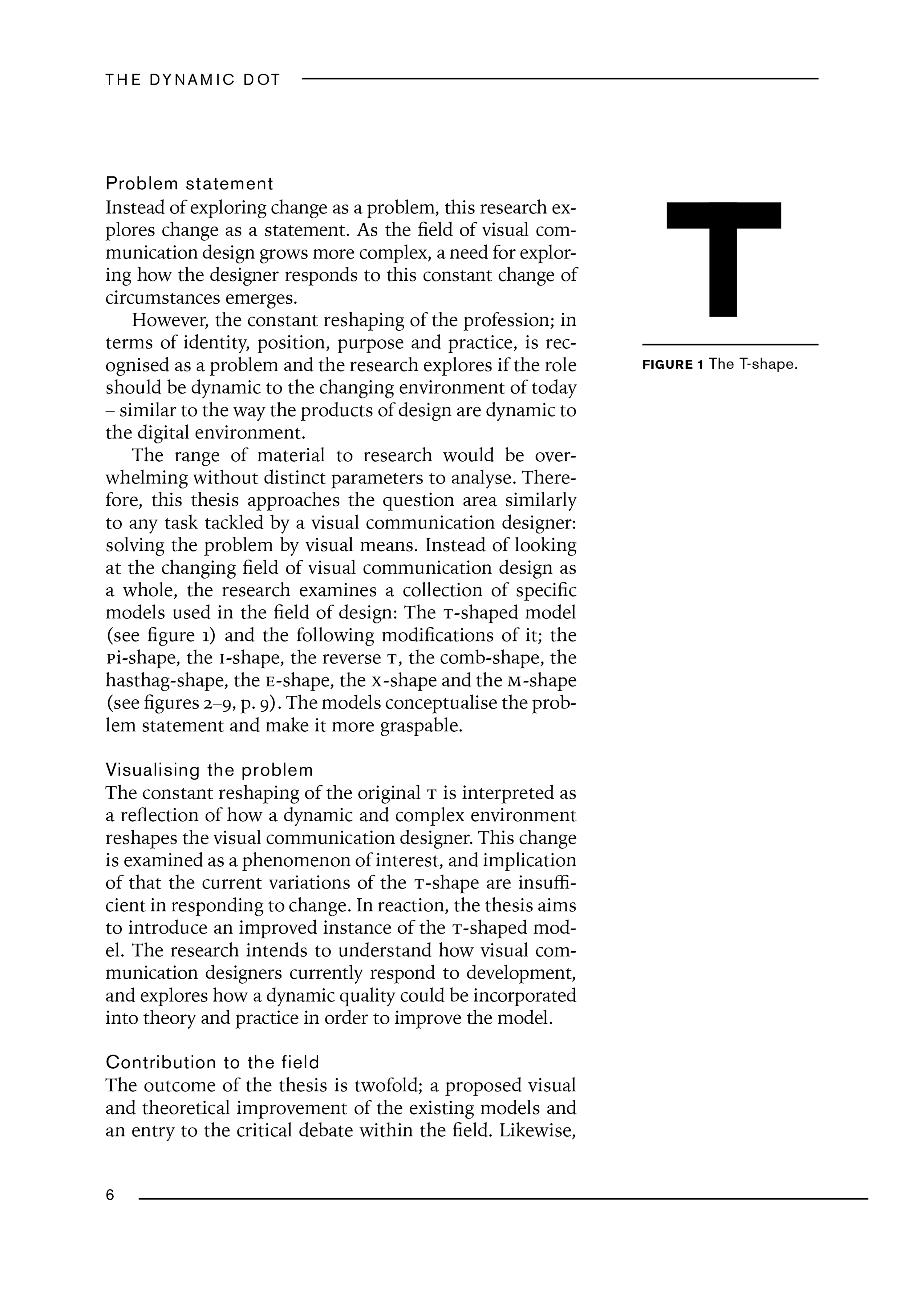 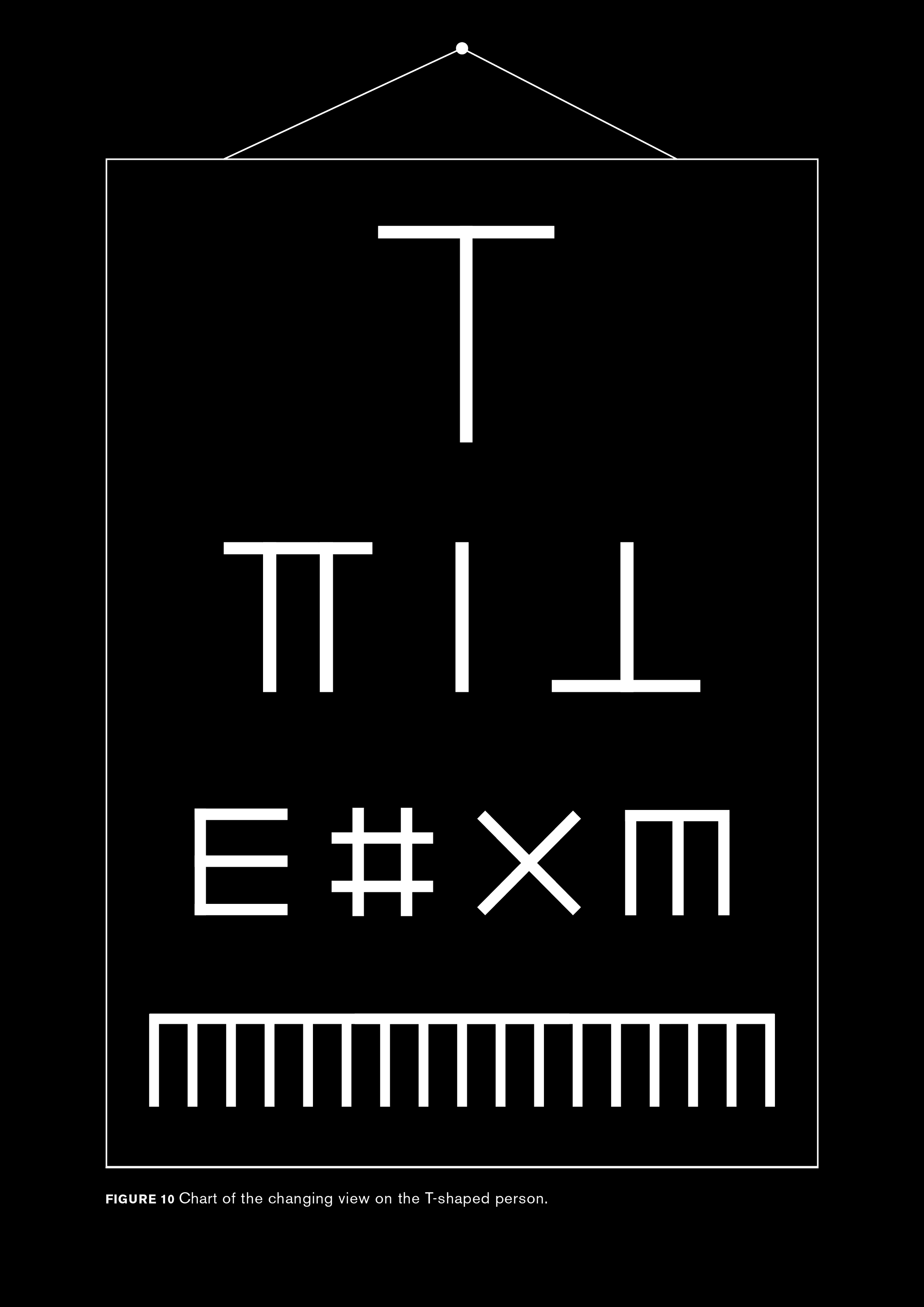 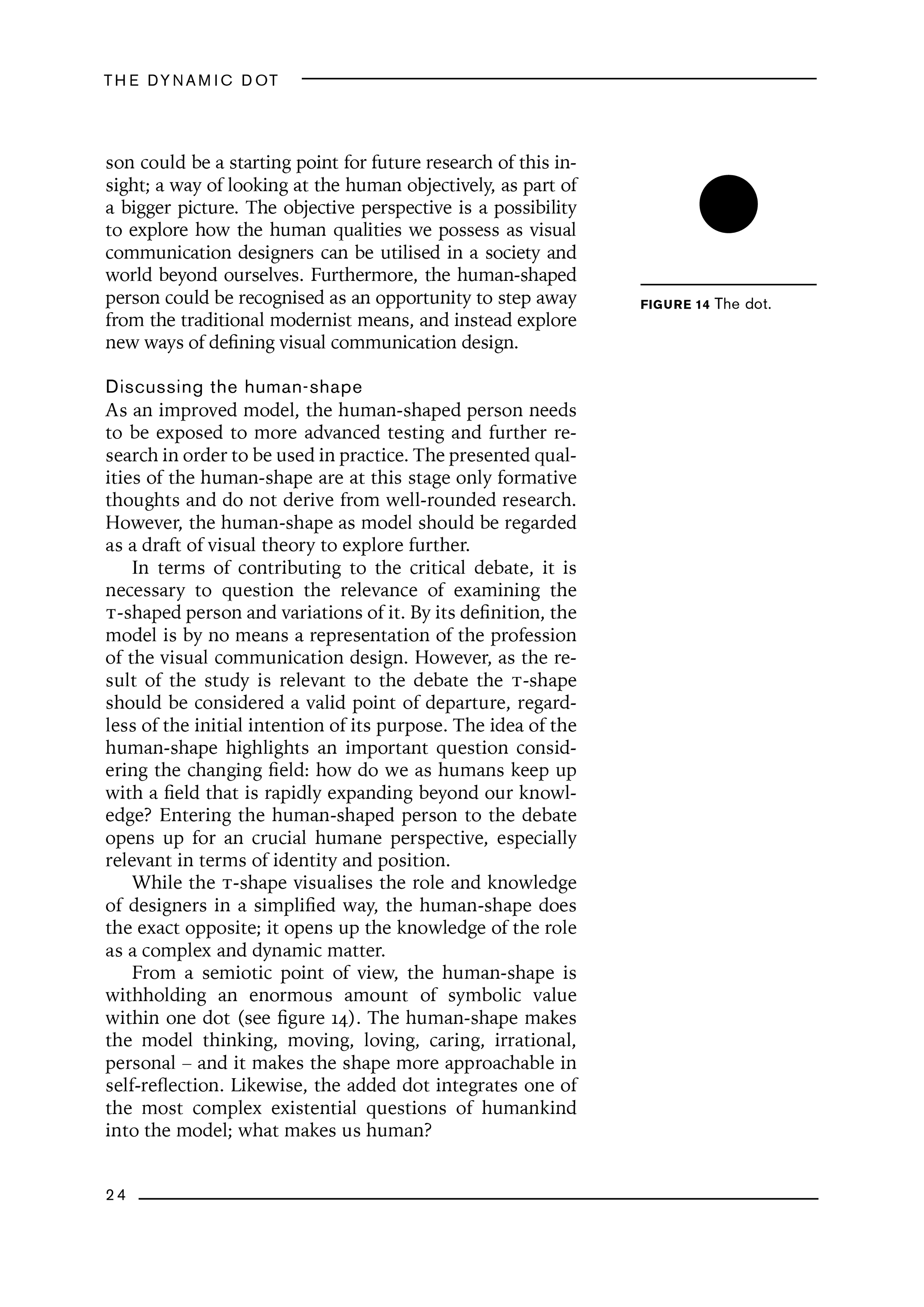 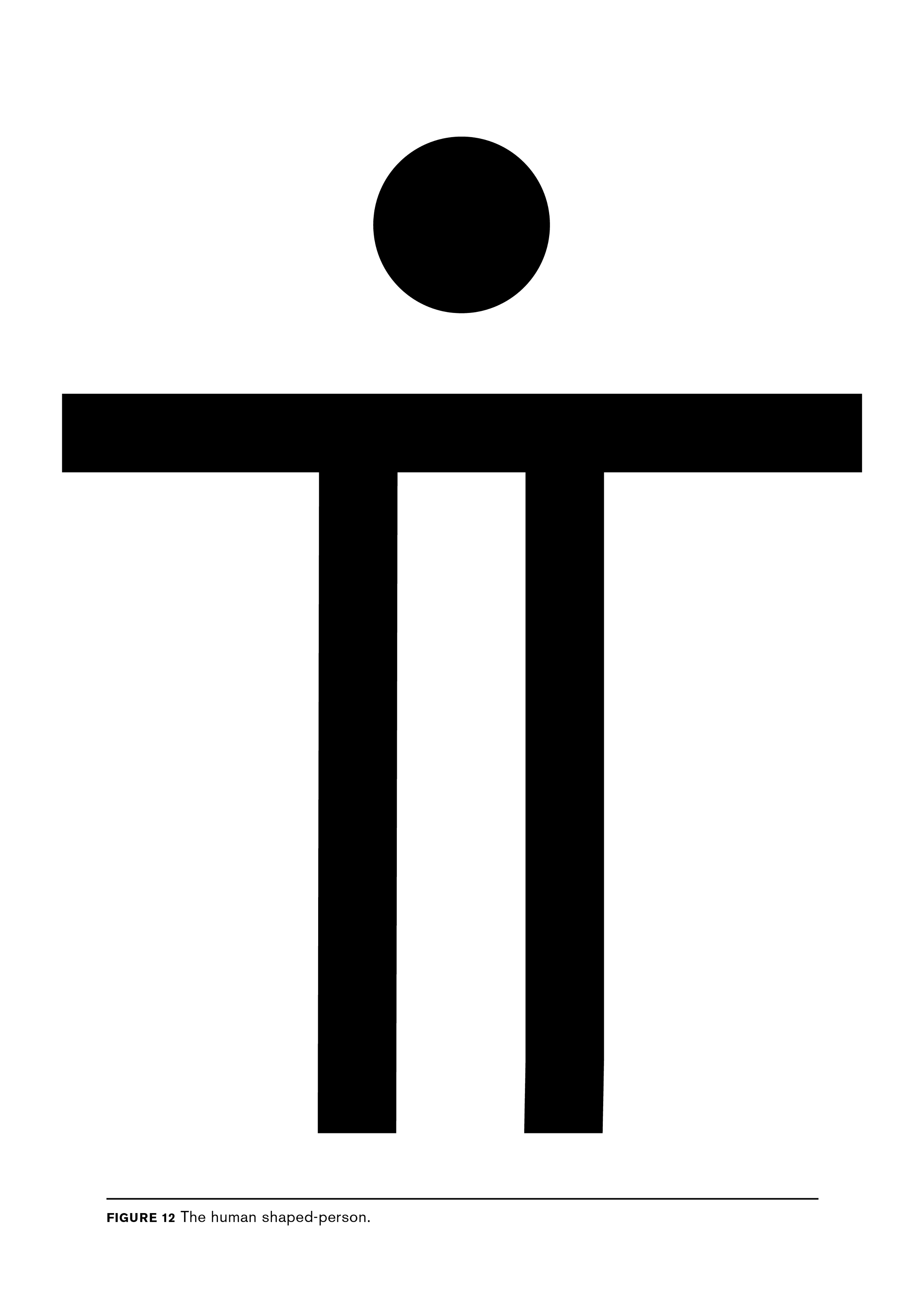 The research explores the constant reshaping of the visual designer’s professional role in the 21st century; in terms of identity, position, purpose and practice. The problem statement is studied by looking at the various forms of the model the T-shaped person as a visual metaphor of this ever-changing role. This visual analysis, together with insightful discussions with senior designers and design educators, forms a bricolage of knowledge which is incorporated in an improved version of the T-shaped model. Throughout the thesis, the T reshapes into a human-shaped person, a model introduced as a reaction to the stated problem. The outcome of the research is twofold; (1) a proposed visual and theoretical improvement of the existing models, and (2) a contribution to the critical debate within the visual communication design field.