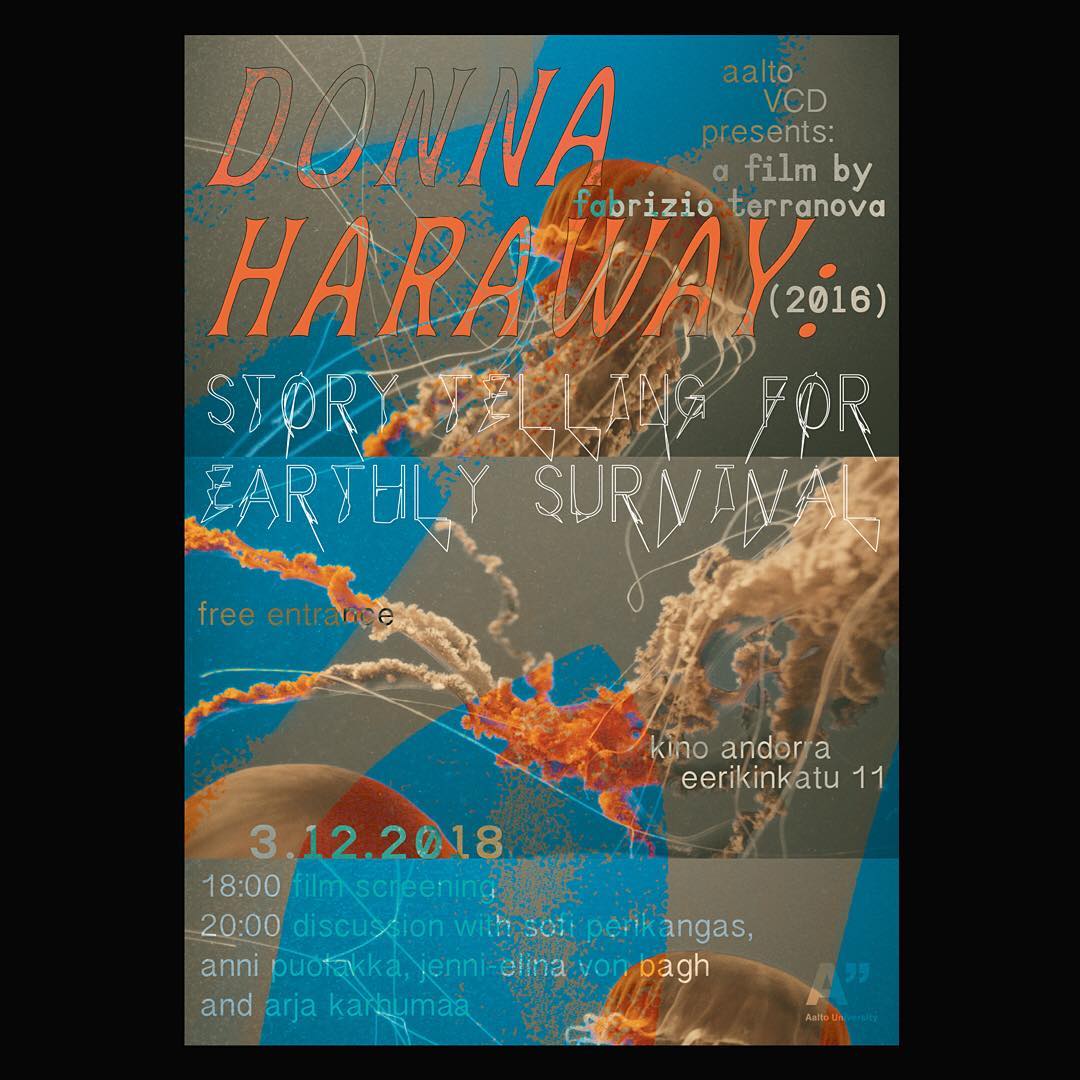 A film by Fabrizio Terranova

170 seats will be filled on a first-come, first-serve basis

Donna Haraway is a prominent scholar in the field of science and technology, a feminist, and a science-fiction enthusiast who works at building a bridge between science and fiction. She became known in the 1980s through her work on gender, identity, and technology, which broke with the prevailing trends and opened the door to a frank and cheerful trans species feminism. Haraway is a gifted storyteller who paints a rebellious and hopeful universe teeming with critters and trans species, in an era of disasters. Brussels filmmaker Fabrizio Terranova visited Donna Haraway at her home in California, living with her – almost literally, for a few weeks, and there produced a quirky film portrait. Terranova allowed Haraway to speak in her own environment, using attractive staging that emphasised the playful, cerebral sensitivity of the scientist. The result is a rare, candid, intellectual portrait of a highly original thinker.